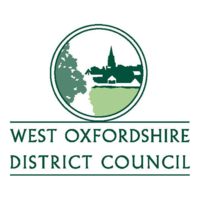 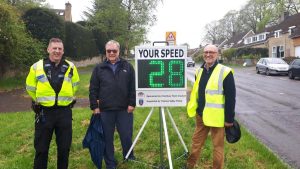 The battle against speeding in a West Oxfordshire town has been bolstered by a high-tech piece of kit.

Charlbury Community Speedwatch has unveiled its own radar-controlled device which it hopes will deter illegal motorists by showing their speed of travel.

The group is aiming to continue its crackdown on dangerous drivers, with the percentage of speeding vehicles clocked by the team falling from 32 per cent to 25 per cent over the past year.

But residents continue to raise concerns about motorists exceeding the town’s 30mph limit and speedwatch team leader, Jim Holah, said the £2,900 device, called an M-SID VARIO, was evidence that residents were serious about the issue.

He said: “Our joint activities, where the speedwatch team and police officers operate together in one location, have a direct impact on drivers and we hope to do more of these.

“Our message is simple: respect our town and the people who live here by driving slowly, with care, through Charlbury.”

Charlbury Town Council chairman, Peter Kenrick, said: “This is another example of willing volunteers having a real impact on our community and making Charlbury a great place to live.”

The town council funded the community group’s new kit, which as well as showing drivers’ speed, shows messages of ‘thank you’, ‘slow down’ and ‘school zone’. It also shows happy and sad faces and can record the time and date vehicles were caught speeding.

Community Speedwatch groups have been set up in communities across the UK, with residents monitoring vehicles’ speeds with the help of police.

The Charlbury team was founded in 2017 and speed-checked about 4,000 vehicles last year, with another 3,000 already monitored this year.

He said: “As one of the Thames Valley Police officers providing training for the Community Speedwatch programme, I am very pleased to support and encourage parish and town councils to get involved.

“The aim of the scheme is to reduce the number of speeding motorists travelling through our towns and villages. Charlbury is a good example of how it works.”

With the SID now fully mobile in Charlbury, police also met the speedwatch team in Stonesfield, near Witney, at the end of last month.

Officers trained members of the group to use a traffic speed measuring device, which will be trialled in the village this month, while a traffic survey will take place in June.